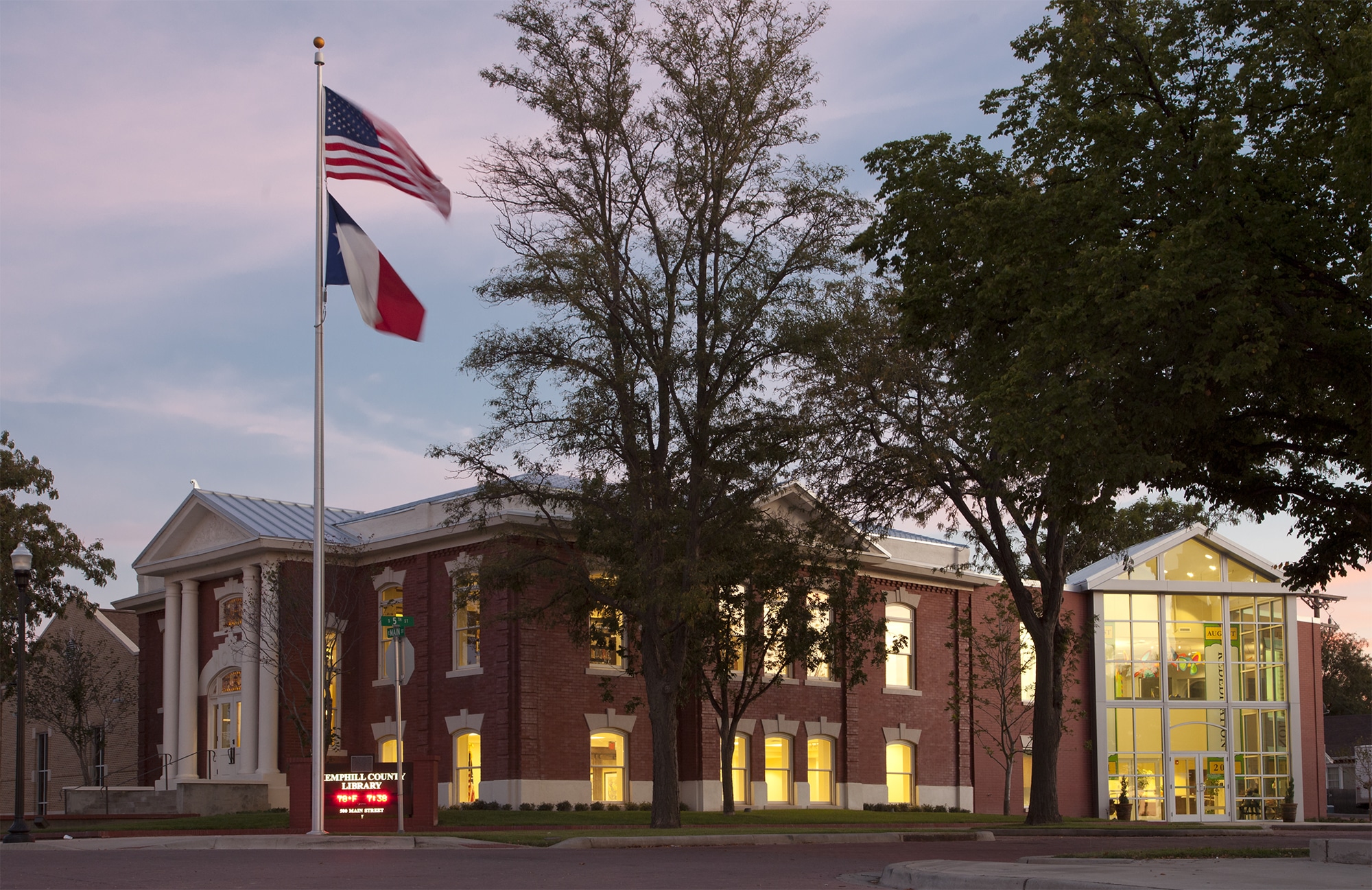 This project is a combination Restoration and Renovation of what was originally the Women’s Christian Temperance Union in Canadian, Texas. The original portion of the building was built in 1911 as a meeting space for the WCTU. It incorporated a “Reading Room” and evolved into a Public Library. In the 1970s a “Brutalism Lite” addition was added.

The building and addition were configured in an inefficient way that did not serve the needs of the community. The library spaces were not well defined, but also “chopped up”. Some areas were too large, and others much too small for current needs. Also, there were a number of added interior walls that prevented the Library Staff from monitoring activities throughout the space. The mechanical and technological systems were inadequate for the needs of a modern library, including out of date phone systems, inefficient HVAC, and non-existent data systems.

The structural integrity of the building was also a concern. It was not ADA accessible and had numerous fire safety issues that had to be resolved. On the second floor there was an offset between the original building and the addition that produced an odd 4” slope in the floor.

The reconstruction consisted of completely gutting the interior of the original building, including the interior floors, leaving only the shell. The facade of the 70s addition was completely removed. A new interior structural frame was installed in the original building and a new facade was created for the addition. The design of the new elevation is intended to conform to the concepts outlined by the Department of the Interior for the addition to an Historic Building; essentially that the addition should be in keeping with the scale and proportion of the historic portion, but not an exact replication. We did this by creating a new entry, which recalls the pediment at the entry of the original structure. This second entry also allows for our ADA accessible entrance, and provides a separate entrance for the meeting rooms and kitchen, so they can function independently from the Library.

IT ALL STARTS WITH A SKETCH…